I know it’s been a while Bloggo but I’ve been a Busy Bee! To be honest, I was flicking through blog posts and contemplating whether to write one or not when I spotted ‘Winter 2017/18’ – best keep up the annual post-winter blog post then!

December, before the lifts opened

Except it’s now 17th June and I still haven’t published this blog post.

Motivation to write is low. I enjoy having the blog and looking back at events and what I’ve done, but finding the time to sit down and write proves difficult.

Anyway, here I am on a rainy evening in June accumulating my memories of winter 2018/19.

Winter 17/18 was wet and miserable. Yes, snowy, but from an instructor’s point of view, some sunshine would have been great. Well, this winter delivered and it was an awesome balance of loads of snow in January, a wonderfully sunny February, and the odd top ups through March finishing in April with plenty of coverage. 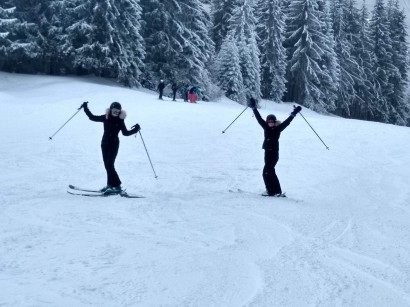 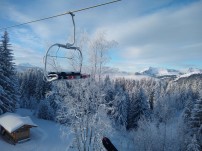 The skiing this year was brilliant! One of my teaching highlights were with a group of teenagers and their mothers. I had them for a week in March. On the last couple of days we had some great powder skiing. The kids, used to groomed pistes every holiday, rose to the challenge and I had them bouncing behind me in the powder – awesome!

With the help of my parents, who in case I hadn’t mentioned once or twice before, know the area VERY well, and we conducted our first Supreme Tour of the PDS (Portes du Soleil). Although I was a little poorly at this point (always in January!), it was a great day out and we hope to run a couple more next winter. 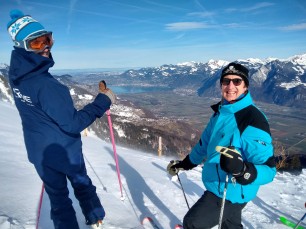 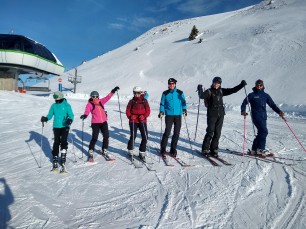 Finally,  on my third season back home, I managed ski to my parents’ chalet off Mont Chéry for a cup of tea before catching the last lifts back to my car, dragging a friend with me on her snowboard who would have probably preferred it if I had remembered the route a little better. 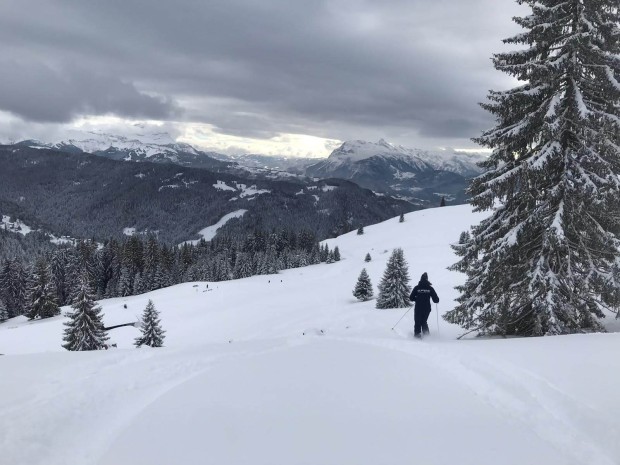 Every time it did it snow, it snowed right down to village level, which although not ideal for driving, was fun and made the town very picturesque.

The wall-to-wall sunshine in February made life easy on the slopes, especially as the pistes were fantastically maintained. By week 3 though I did feel like a wrinkly prune! 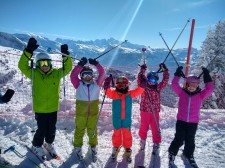 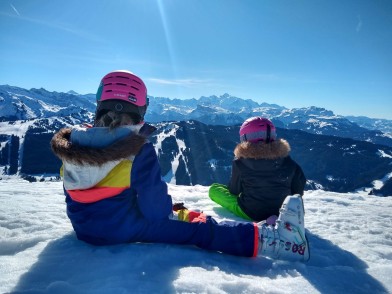 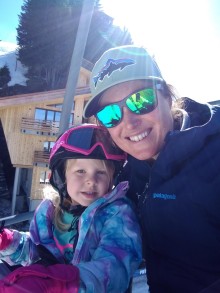 When March rolled around the snowy weather came and went with sunny stints in between. Family and friends came out to visit and I think throughout the whole month, I worked a lot of hours, ate out all but possibly 4 times, and managed to start running again. 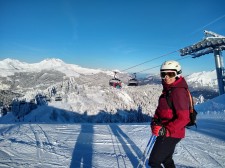 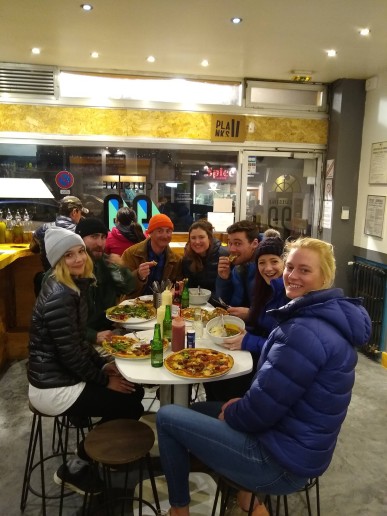 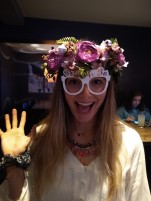 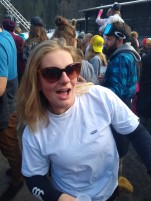 This winter my brother worked on passing some of his BASI modules. I’m really proud of him for passing his EMS (European Mountain Safety) this winter. He and his girlfriend were out for all of March. It was a treat to have some quality sibling time, especially as he has gone to Canada for a while.

By the time April came round I was feeling a little pooped and as my mother says, had been burning the candle at both ends! Morale was low and with the end in sight, along with the inconsistent weather leading to the odd chill, I finished the season with an almighty bout of conjunctivitis along with the usual throat/sinus infection forcing my body to rest.

Excellent. Just what I needed to get that training in for Rapperswil-Jona in 6 weeks time, the half Ironman I signed up to last October. (Now complete!)

I did what I could this winter to train whilst trying to balance work and play and rest.

Early morning or post-work ski tours up Mont Chéry and Pléney were new to this season, and I even trawled up from Ardent to Mossettes on a day off (mainly because Tri Montagne members had and I felt like I had to, too!). I swam this winter, which did not happen last winter and as of March started to run. So all in all, not too shabby but ‘could do better’!

One can always do better. Or maybe I did my best? Should I be kinder to myself? Quite possibly! 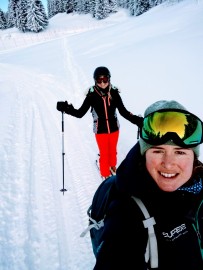 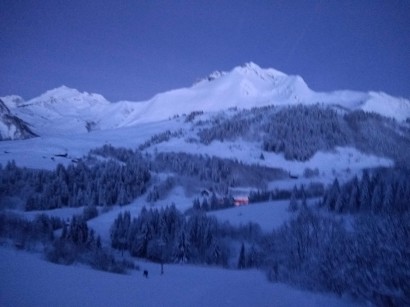 Sadly, the snowboard did not get an outing this winter. I think this was down to being incessantly busy from February. I skied less this winter with some friends, but more with others. I suppose it all boils down to BALANCE.

I boot-packed up Pointe de Vorlaz for the first time with some fellow Morzine based instructors, Marc and David Walton, just after some fresh snowfall so the descent was brilliant. A shame David forgot to put the memory card in his drone.

Hugo and I spent a few hours skiing with local legend Roger of Chez Roger’s bar in Morzine. He showed us some fun spring skiing off Mossettes. 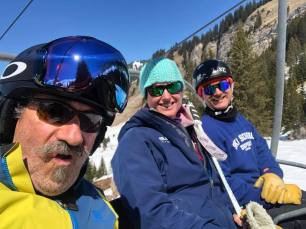 My 11th season done, third successful one with Supreme (thanks team and clients!) and in Morzine.

THE most inelegant pose, but my little team in Morzine – thanks boys!

Looking back over the winter has been therapeutic. There are times when it’s all a bit manic, stressful, tiring, but I still have to pinch myself that I am one lucky girl. 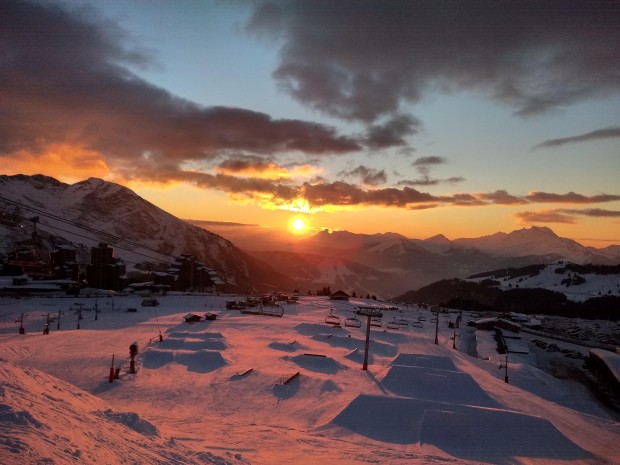