Last spring the directors of Supreme, Nick, Olly and Aaron, asked if I would plan a ski trip to Japan. Er, yeah!

Planning the trip was fun at first, but progressively became a battle to book the trip at the price I’d found and secure the trip. Nagging was re-phrased as constant reminding, but we got there in the end and the trip was to go ahead in early January. I was excited to return to Niseko; I can’t believe it has already been 4 years since I did a season there.

The moment the reality hit of holidaying with 9 boys.

As the only girl I was a little apprehensive. I was concerned as to how I’d fit in, whether skiing with ex-racers and extremely well trained skiers was either going to raise my game, or whether I’d be left for dead. Also, whether I’d adopt the role of ‘mum’…

We stayed at Country Resort with MnK, where my parents had stayed when they visited. The chalet was lovely and spacious and although a little cramped for some, I was happy to have my own bed, and one non-snoring room-mate. 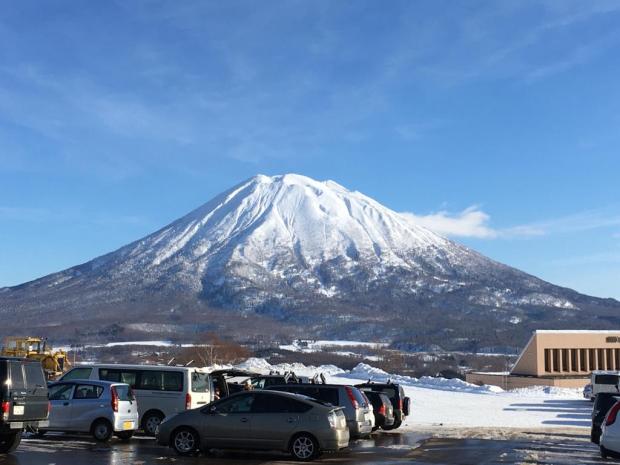 We had tried to book the trip so that those who wanted to ski on arrival day could have. Likewise on departure day, we left in the afternoon, so the option to ski in the morning was available. Sadly the big snow falls had still not hit Japan (10th January) and we arrived on a very beautiful and sunny day. We were here to mainly ski powder, so opted to rest and recover after our travels with an Onsen (male and female baths I hasten to add, and I got some P&Q) followed by food and beer. Yep, I raised my beer drinking game for the week and sank as much beer as the boys. What a lad!

We hired guides for a couple of days, who not only found us better snow, but it also saved us much faff time! Those who’d been to Niseko before all had vague memories of where to go, particularly out of Gate 4, which was where we spent most of our ski time. “A little bit further’, “no, I reckon it’s down here”, “wait, I remember that bit over there”… Thankfully we didn’t get too lost and skied pretty well together as a team of 10. 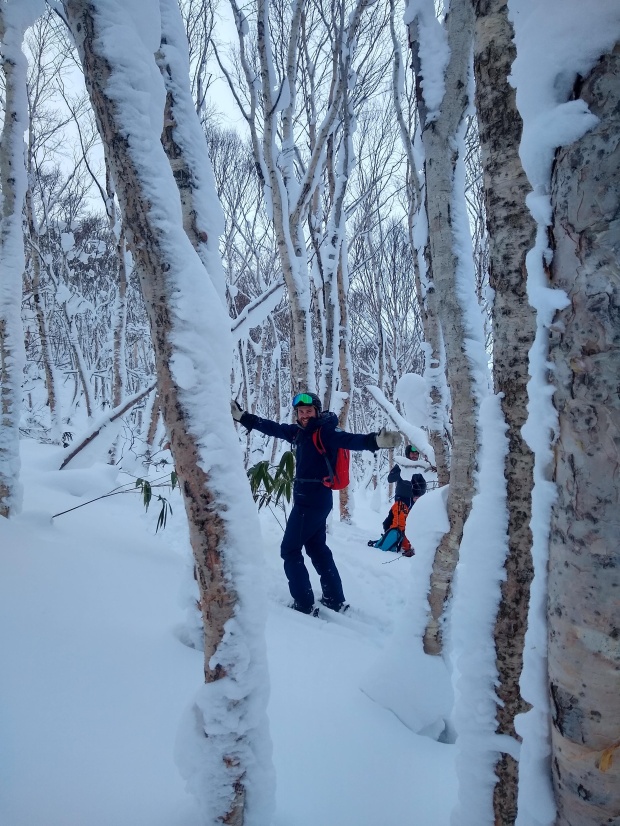 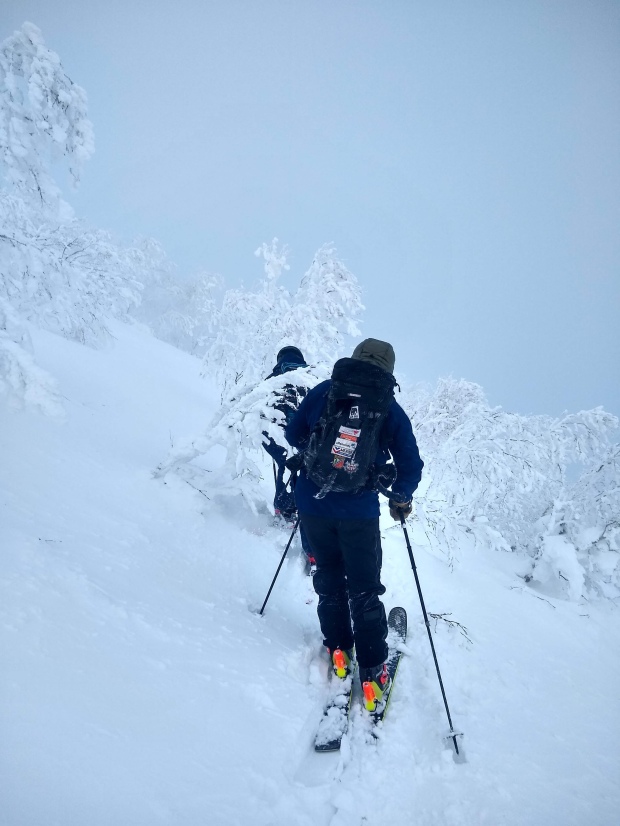 Eri, my friend who now works for The White Room, and a colleague of hers, Carter, guided us over in Rusutsu on our second day. A friend of Aaron’s, James, took as around Niseko on another day. Both days, the guides managed to find us some decent snow considering there had not been masses. Whilst we were there it still snowed around 20cm every night so there was plenty of fun stuff to go and play in. 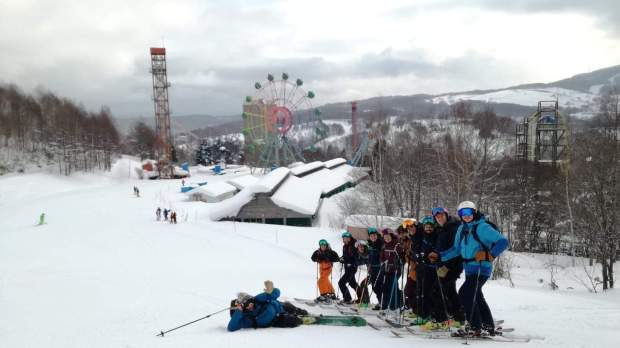 It’s Japan. You can’t find that kind of tree skiing, or the same scenery anywhere else. 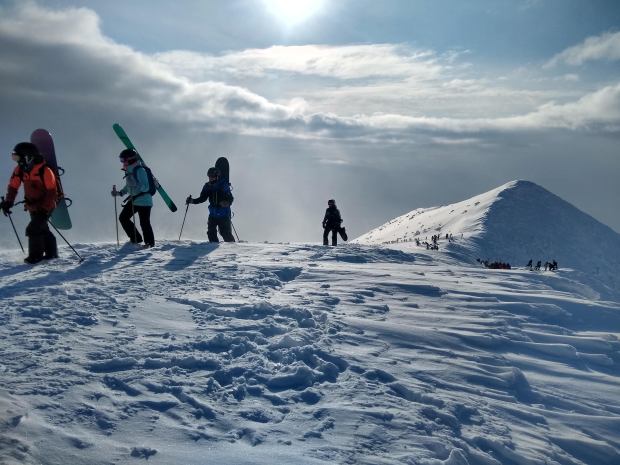 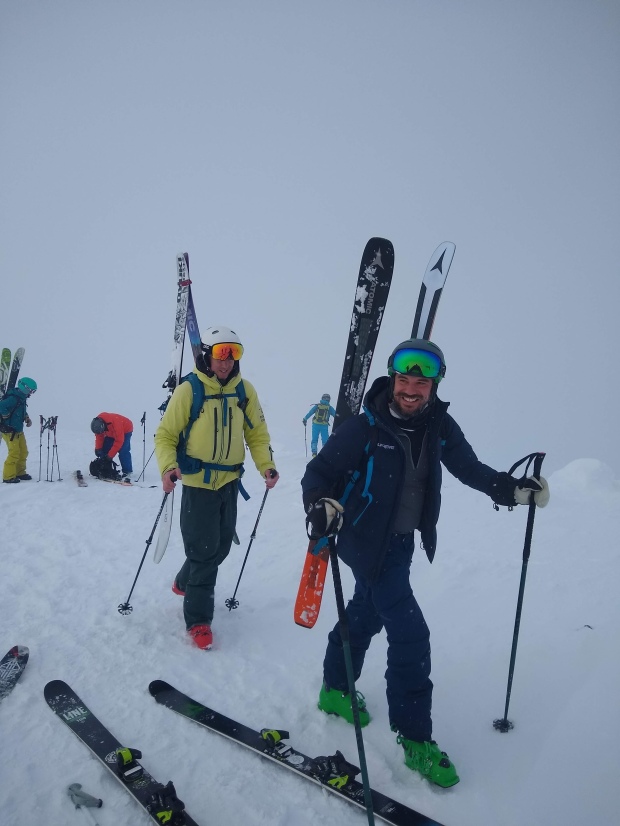 We ate lots and ate well. Each morning someone took charge of cooking breakfast and a pretty good system naturally formed. Unless you ate after Lorenzo and then there would be nothing left. Discussions over different ways to brew coffee became heated once or twice. As a non-coffee drinker I couldn’t possibly say whether putting coffee grains on top of the plunger or in the bottom of the jug was best.

If I had been given a 100 yen for every time I was asked for reception’s number, I reckon the lads could have paid for my entire trip. Why did I not think of that whilst I was there?

Aaron managed to hire a van for when we wanted to go further afield. We ended up squeezing in to go to Kutchan where we explored the supermarket, missed the Sushi train restaurant and ended up eating in a pretty cool place where the cost of the set menu made most of our eyes water. I think the owner saw us coming. Nevertheless, it was delicious! 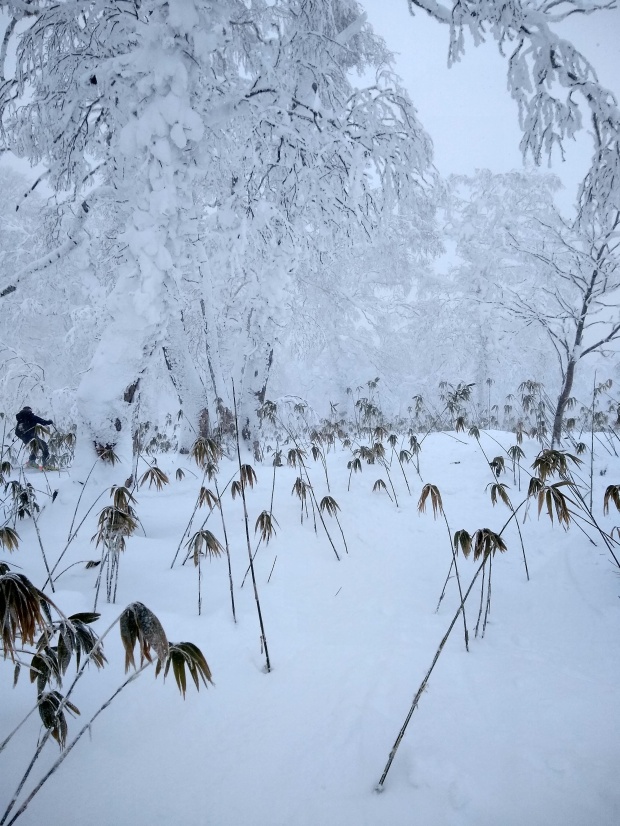 So much bamboo – yes it did snow, and yes it was good, but I’d be lying if there was heaps and heaps of the stuff!

The Ramen restaurant became a favourite, and I ate enough katsu curry to keep me going for a while yet. I made sure I brought some Royce chocolate at the airport, and insisted we went to Milk Kobo, a local dairy selling the the famous choux pastries, with Eri. 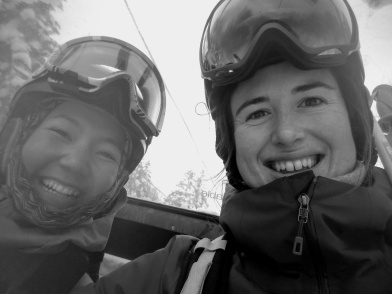 It was so great to go back, see Eri and Nate, ski in Japan again, experience the culture, see what had changed, what hadn’t, and go on a ski holiday in January! 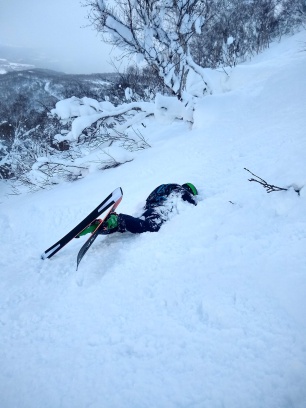 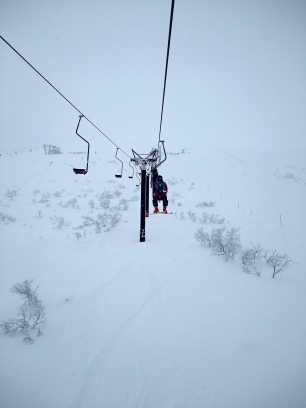 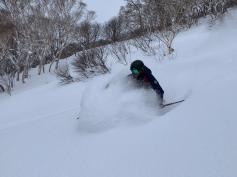 Lack of snow…still more than in Europe no doubt!

What do you want to do ?

And in case you were in need of a giggle, this is Lorenzo showing us how it’s done…

One thought on “Supreme & friends went to Japan!”