On Sunday I tried to run from Nice to Cannes in the Alpes Maritimes Marathon. I stopped at kilometre 24 in Antibes.

I’ve started, stopped, deleted and re-started this post repeatedly. I can’t really remember, that clearly, what happened. I’m still not feeling very well and using brain power increases the ache. I have come down with my usual glands/tonsil/viral infection. 🙈

Nice on the Promenade des Anglais

The view from our Air BnB apartment

After 10k or so (again, it’s fuzzy) I found it hard to stick to that and started to feel very dizzy, having to fight to keep going at a pace that a week earlier, at altitude, and on a bumpy track, had felt pretty easy.

A little bit windy walking to the start. At least it was blowing ‘direction Cannes’!

Photograph credit to Kim – we had some pretty stormy weather at night, and this was an electrical storm one evening.

Singing: In my head, obviously! I wouldn’t dream of inflicting my wailing on some already suffering runner! When I was trying to increase my cadence, a friend, Helen, suggested downloading a playlist on Spotify using tracks with a 160bpm. Genius! It made such a difference. Thank you, Helen!

Following someone’s feet, or making friends and sticking to their pace for motivation. This worked for a few kilometres, but they were running a pace that was slower than I wanted to run.

Breaking the distance down: I remember, before my ‘collapse’ (so dramatic, ha! 🙄), that I just needed to get to 25k and get a drink, a little walk and then it was 5k before another gel, and then I was in to the last 10k before seeing Cannes for the last 2km. Bish, bash, bosh. Done.

Joe’s voice: Yep, Joe Pearson of Buzz Performance. “The faster you run the faster you’ll get there and it’ll be over.” I know this, and have obviously heard it before, but it was a comment this summer that was making me pick up my feet and push to run faster.

Thinking about anything else not to do with running: concentrating on the view, the people around me, looking out for my parents and Kim, thinking about what I’d eat later, friends, family, my doggies, having a shower that evening, skiing…anything!

The freebies and bumf from the expo’.

When you want something that badly

These tactics worked for brief periods, but anytime I tried to push the pace my head just spun. I was really struggling not to pass out. When I ran at a 5:50 – 6:00 min/km pace, it was manageable. If I ran that pace though, I wouldn’t have arrived in 4 hours.

It was pretty dark so this was one of the few shots from the run. Kilometer 18, where I apparently saw Kim and Dad.

I was so stubborn that it cost me finishing. I probably could have just about finished the marathon, maybe (I was very dizzy!) and maybe even got a PB (4h12 – Nagano) had I kept the slower pace. However, I believed I could do better than that, and wanted to so much that my body, not my head, had the final word at which pace I should run.

At kilometre 24, I staggered, like a drunk into a spectator who ignored my protests to continue, force fed me a gel and sat with me until the medics arrived.

The worst things I wanted to say right at that very moment to one of the two people who cared the most. I was totally gutted.

It’s not the end of the world. It’s not like I’m an Olympian and trained for four years and then had something go wrong and dreams be dashed. However, it is all relative. I had done a good training block leading up to the event, with a great plan from Amelia at Buzz. And, after a not so successful summer of competitions, I was hoping to finish on a happier note and complete an event well. I’ve questioned my abilities and had to battle with a lot of negative thoughts.

But, sh*t happens and it’s all character building. Right? 😊

Turns out it probably was a virus, especially as I’m not 100% now. My stats have been analysed and compared between training and race day and nothing stood out as being unusual. I was clammy when I stopped and not in a good place. I’ve even struggled to remember seeing Dad and Kim at kilometre 18 and felt very fuzzy about the whole event.

Nice from up the hill

Always look on the bright side

There will be another one. I have increased my running speed, my fitness, pushed my limits, loved the training, and learnt things along the way which I hope will only make me stronger. I ran the whole 24 km pretty much pain free in my muscles and joints; that’s progress! I was barely stiff afterwards, which was awesome. Going down stairs this time was no problem!

We also had a great few days being tourists.

Thank you to Amelia for the training plan and advice, to the guy who looked after me, the lovely volunteer, policeman and medic who made sure I was going to be ok. The messages I’ve received were all lovely and made me feel much better.

And I’m sorry to my parents for causing you yet more stress. I’ll pay for your next blood pressure prescription.

The course is awesome. We drove it on Saturday and it’s great. A few stretches are long and seem endless around the coast, but it’s also pretty satisfying to look back on how far you’ve come and see where you have to go. There are two inclines but otherwise the course is flat. The crowds were brilliant and it was well organised.

It is possible to run the marathon as a relay, either with a partner doing half each or in larger teams. The app kept me updated with the weather, timings, tracking, the course map, a 3D video and was an easy way to find everything I wanted to know. It was a great event and I hope I’ll return to complete the course. 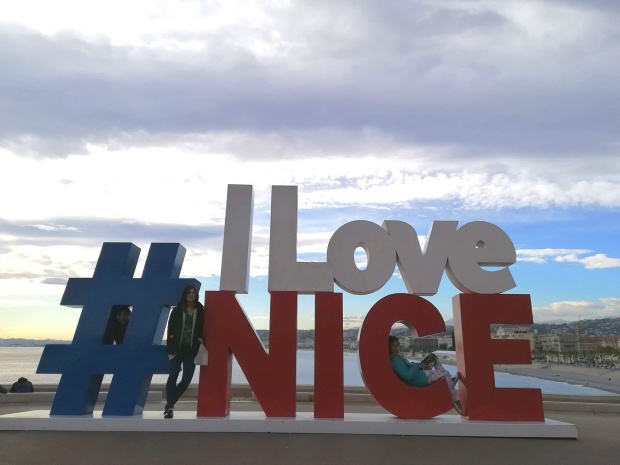 All things (I hope) snowy! Winter 2017/18 is fast approaching…make sure you get those ski lessons booked in at Supreme Ski and Snowboard School in Morzine!

Training for the winter will recommence next week, once I’m feeling better. I hope I’ll get some time on skis too, before the first lessons kick off at Christmas. I’m finally excited for winter again!